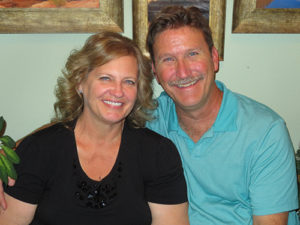 Reliant Roofing owner and operator, Rick Nolan, proudly served in the United States Air Force for 12 years, working as a Staff Sergeant and an electrician, which was his prelude to a career in the construction industry. After an honorable discharge from the United States Air Force, Rick gained valuable knowledge and hands-on experience across all general trades of the construction field in California, Utah, and Colorado working as an Apprentice Contractor.

In the late nineties, Rick accepted a position as an Operations Manager with a local Grand Valley roofing contractor. He prepared estimates bidding both residential and commercial roofing projects, overseeing all phases of projects in progress, training employees and managing daily operations.

In 2007, with the loving support of their family, Rick and Shelley decided it was time to venture out on their own. They combined their extensive skill and industry experience and formed Reliant Roofing, Inc. The name of which was inspired by Shelley's grandmother, who stressed the importance that the consumer has complete confidence that they can “rely” on you and the work you do.

Both Rick and Shelley attended school in Grand Junction. They very much love living here, being surrounded by all the beauty the grand valley has to offer. Between the two of them, they have 6 children and 5 grandchildren, all of whom they couldn't be more proud of.

The professionals at Reliant Roofing, Inc. have been serving the roofing needs of the Western Slope since 2007.